MSV : His music and his times - Part 1 : The background 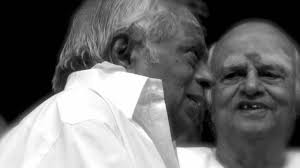 The legendary music director M S Vishwanathan, fondly called as MSV, passed away recently. There were a spate of tributes in the newspapers and soc-med which gave an idea on the impact he had on a  generation of listeners. Each of them had a story to tell, a song to recall and more importantly a memory hidden in the recess of their heart. While this definitely gives us an idea of the emotional impact his tunes had on his listener's heart, it doesn't tell us the full story of his achievements. This is an attempt to  trace MSV's career through his songs and talk about his contribution to film music and the legacy that he left behind.

Before starting such an ambitious project, it is good to put some disclaimers in place. The 60s was not an era that I know personally so whatever I am concluding is purely based on the songs I listened to later. I do not know the impact of the songs on the general public. Second, there may be sweeping generalization in the article based on my bias. Please feel free to call it out in the comments section. Third, I am using data from the internet for the purpose of the article. I am picking data mostly from Wikipedia. If there is any mistakes in the data, kindly let me know and I will correct it.

In order to understand the magnitude of the changes MSV and T K Ramamurthy brought into Tamil film music, we need to understand the state of Tamil Film Music(TFM) in 1950s. TFM in those days was still seeped in Carnatic classicism. There were songs which broke this mold once in a while but the predominant sound of that era was one of Carnatic music. Even today many lovers of Carnatic music hold that 1950s was a golden era of TFM.

The problem with such an approach was the mismatch between the requirement of the movie and the requirement of classical music. In other words, the concerns of Classical music and Film Music are entirely different. Classical music is more about exploring the possibilities of sound using various ragas whereas Film Music is all about reflecting the emotions on screen and reaching out to a wider audience. The other film industries like Hindi and Telugu had understood this very well in late 1940s / early 1950s time frame and modernized their film music accordingly. They moved away from the classical roots and wrote their own film music grammar. TFM lagged behind unable to break the shackles of classical music.


Let us look at why and how they differed. As I stated earlier, holding on to the raga swaroopa and establishing the ragam clearly is a major requirement for classical music. The composer would also try and cover various facets of the raga in his composition. In case of film music, the central idea is the emotion the scene is supposed to evoke. The raga is subservient to this cause. This allows the music director to freely add in swaras which are not part of the raga grammar. Additionally the composer does not need to show us every facet of the raga. He / She can use only that facet which helps them bring out the required emotion.

Let me illustrate this difference by putting up a couple of Tamil songs of the 1950s and also Telugu and Hindi songs of the same vintage.

Let us first take the very famous Kanada based ‘mullai malar mele’ tuned by G Ramanathan for the movie ‘Uttama Puththiran’. Listen to it completely first.

Now this is a lovely Kanada, no doubt about that but it is primarily a Kanada. The love aspect is secondary. Observe how TMS goes off high into 'minnal urumari man mele' in the charanam. It is very clear that the music director is enchanted by Kanada. He wants us to hear TMS's range and also wants us to hear the beauty of Kanada in the higher reaches. If someone were to ask you to select one of your best Kanada songs from movies you may immediately reach for this. In case they ask you to select a great love song, the probability that you will remember this is low.

Or take this song. Here again the music director (K V Mahadevan) feels a need to show us a resplendent Arabhi in the pallavi itself. If you were to replace the lyrics with Krishna, Rama or Govinda this will immediately become a bhakti song. The song tune per se does not map to the emotion of the scene.


In contrast check out this song from the Telugu movie, 'Shavukaru'.

The song is based on Kalyani but already they had made it a non-classical Kalyani (contrast this with 'mugathil mugam kaarkalam'). The song is soft keeping in character with what is being portrayed on the screen. Also remember, Gantasala was as good, if not better, at singing classical music as TMS or Seergazhi. He was also the music director for this song. Yet, the restraint in the charanams is praiseworthy. He does not try to give a complete picture of Kalyani. He has to service the scene and he uses Kalyani only to that extent necessary. If someone were to be told that this was a 1960s song they would believe it.

Or you may want to check this beauty from 1948, from the Hindi film, Anokhar Pyar. Sung by a very young Lata this song was composed by Anil Biswas. Anilda is credited with many a pioneering effort in Hindi film music. Along with Ghulam Haider he modernised Hindi film music. In this song you  hear how Lata modulates her voice, Also observe Anilda's controls over the whole song which ensures that the song doesn't become classical though there is a classical base to the song.

Hope I was able to make clear the difference in approaches between the popular Tamil songs of those days and the Hindi / Tel songs. (You may feel that I have given you only a couple of songs as examples. Please do try and get a list of Tamil hit songs of early 1950s. You will find most of the characteristics being close to what I had described here. Open throated singing, servicing the raga first and foremost, emotion being secondary)

It was in this milieu that Vishwanath-Ramamurthy were working. Their raise to fame was not sudden or spectacular like Raja or Rahman. Rather it was a very slow process. Though they debuted in 1952, it would take close to a decade before they becoming the top music directors. In their initial days their sound was very similar to the TFM sound of those days. If you were to take their 1957 movie 'Pudhayal' it had some wonderful songs but they did have the Ramanathan touch, if I may call so. Listen to 'vinnodum mugilodum'. For a long time I thought this was a G Ramanathan track (Maybe due to C S Jayaraman?)

The first inkling of the sound that would become theirs came fully to the fore in 'Bhagapirivinai'. It had some amazing songs which we will later dissect. The other films of 1959 and 1960, like 'Thanga Padhumai' and 'Mannadhi Mannan' still had traces of the earlier times. The year that they broke out of the shackles completely was probably 1961 and what a year it was. It was the year the Tamil film music stepped into modern times, lagging a decade behind its Hindi counterparts.

We will see what happened in 1961 in the next part

Hello! Fab post. The Youtube uploader has removed the Anokha Pyaar song though, which one had you linked? As most of the songs in that movie were by Lata.

Thanks Ramaa for pointing out that the song has been removed. The song is 'Yaad Rakhna Chand Taron' from 'Anokha Pyar'. I have given another link. Hope they don't remove this as well :) This is one big problem when you write an article giving youtube links :(

I found only one post. Has there been any subsequent post. I don't find any option to subscribe to the posts. Pl notify me of your further posts to my email id prengaswami@yahoo.com 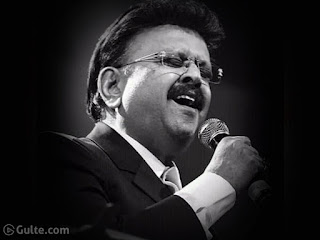