When Semmangudi passed away I had posted in Sangeetham detailing the rare krithis of Dikshitar sung by Semmangudi. Unfortunately Sangeetham bulletin board has closed down and I had this bad practice of not saving my own posts !! Here is an attempt to recreate that post.

Semmangudi is well known as a person who was responsible for popularizing Swathi Tirunal krithis and rightly so. What I wanted to highlight was the fact that he had also sung many rare Dikshitar krithis. I don't know from whom or where he learnt these from but it is our good fortune that he sang these krithis.

I can divide Dikshitar krithis into three. (In fact you can do that for most composers). The first are those krithis which are very popular and you get to hear them at many concerts. Examples are Vatapi Ganapathim, Hariharaputram, Siddi Vinayakam, Meenakshi Memudam Dehi, Akshaya Linga Vibo, Navagraha krithis etc. The second are those krithis sung by a particular school of singers and many serious concert goers would have heard it. Examples here would be Dakshinamurthe (Sankarabaranam), Sree Mathrubhootam (Kannada), Chintaya Makanda (Bhairavi) etc. The third are the very rare krithis, not often sung in concerts and even serious concert goers who have heard these very rarely. I will talk about the second and third type of krithis in this post.

(Before I continue let me point out that there were many vidwans who were responsible for propogating Dikshitar krithis. Check out the 'Resources' section in www.guruguha.org for more info. The audio section in this site may give you most of these songs. When I checked before posting this, the audio section was down at this site)

Here is my take on some of the rare krithis of Dikshitar sung by Semmanudi.

Vadanyeshwaram (Devagandhari) : Aaah. That is always my reaction whenever I hear this krithi. Very mellifluously rendered by Semmangudi with an outstanding Sivaraman on the mridangam. I have heard Semmangudi render this in only one concert, and boy, am I glad that he did render it !!! I love the way he starts the charnam and the way Sivaram joins in.

Balakrishnam Bhavayami (Gopika Vasantam): A charming krithi very well rendered by Semmangudi. Luckily this is available as a commercial release as well. Semmangudi brings into play his felicity of phrasing in rendering this song.

Mahalakshmi Karunarasa Lahari (Madhava Manohari): I heard this first from Pattammal and immediately taken in by the beauty of this krithi. Surprisingly, Pattammal sings this in oru kalai while Semmangudi sings it in rendu kalai. He has sung it in a concert in Bombay and after the conclusion of the krithi says, "Idu Mahalakshmi Kshteram", referring to the famous Mahalakshmi temple in Bombay.

Sree Ramam (Narayangowla): This was a krithi which was made popular by Semmangudi and he has taught vidwans like T M Krishna and Sanjay Subramaniam. He has rendered this is many concerts. I have heard a concert where he renders it immediately after a sound-and-fury 'Ennaganu Rama Bhajana'. The contrast is very striking and the peace Narayanagowla creates is indescribable.

Vishweshwaro (Kanada) : A small but delectable samasti charanam krithi. The Dikshitar books list the ragam for this song as Karnataka Kapi. Amazing how much Kanada can be packed into such a small krithi !!

Agasteeswaram (Lalitha): As with Vadanyeshwaram, only one recording of this krithi exists. Unlike the other krithi, this one is available commercially. It is a part of the three tape Krishna Gana Sabha recording with Lalgudi and Ramabadran. Semmangudi enhances the majesty of this Dikshitar krithi by his singing. See how wonderfully he phrases 'Nandeesham Sankaram'.

Hiranmayim Lakshmim (Lalitha): Not really a very rare krithi. D K Jayaraman made it popular and he used to sing it often. I didn't know the existence of a Semmangudi rendition of this song till I read a post by a veteran RMICan, Srini Pichumani, who referred to Semmangudi's rendition and said that though he was weaned on DKJ's version he found the Lalitha of Semmangudi fascinating. I searched for this piece and finally got it. It is a rendition wherein Semmangudi sings with MS. A top quality rendition. This is one more piece which showcases how the phrasings of Semmangudi work so well with the Dikshitar krithis. I feel that his style of singing suited the Dikshitar krithis very well, especially when he sang them slow.

Ramachandrena Samrakshitoham (Manji): I think he sung this in the 1972 Academy Concert with Karaikudi Mani on the mridangam. A nice krithi. MS has also sung this and it is available on in the 4 tape AIR release of MS.

Amba Nilayadakshi (Nilambari): He used to sing it in the late 50s. The pace was a bit fast though. A song which shows how a genius like Dikshitar can take a raga with limited scope and weave a majestic krithi around it. The same can be said of his krithi in Punnagavarali (Ehi Annapurne). Semmangudi has sung 'Ehi Annapurne' as well. There is a commercial release of the Nilambari krithi. He sings a lovely kalpanaswaram in that. Seshagoplan sings this often.

Bhaktavatsalam (Vamsavathi) : I have heard the recordings of this song by Semmangudi a long time back. Not an often heard song.

Mahaganapate (Todi): This is rare in the sense that this krithi is generally not associated with Semmangudi. I have heard him sing this krithi only once and it is a lovely rendition.

Kasivisalakshim (Gamakakriya / Poorvikalyani): V V Srivatsan, writing about this this krithi in Carnatic.com, said that he heard Semmangudi sing this krithi in Bombay and it was so good that he felt like giving up his mortal coil !!

There are more krithis like Ardhanareeswaram (Kumudakriya), Santhana Ramaswaminam (Hindola Vasantha) etc which I find difficult to classify as rare, for I keep hearing them once in a while.

Parthasarathy (Yadhukulakambhoji): Probably the best Yadhukula Kambhoji I have heard from Semmangudi, if I discount the Syama Sastry swarajati. You _must_ listen to this krithi. It is interesting to note that both Subbaraya Sastry, son of Syama Sastry and Subbarama Dikshitar, of Muthuswami Dikshitar lineage, sang a krithi each on the presiding deity of Tiruvallikeni, Parthasarathy and both of them chose Yadhukula Kambhoji as the ragam !! (Subbaraya Sastry's krithi being 'Ninusevinchina')

Sankaracaryam (Shankarabharanam): This is one krithi which I absolutely refuse to load onto my mp3 player. For whenever I do, I cannot proceed beyond this !!! It takes a great man to compose a krithi like this and an equally great man to render it so outstandingly. Semmangudi's Shankarabharanams have always been attractive and this occupies an exalted place among them.

(Speaking of Shankarabaranam, if you get hold of it, listen to Semmangudi sing 'Dakshinamurthe', with only K S Narayanaswamy on veena as accompaniment. Words fail when you try to describe this. Semmangudi is supposed to have popularized this krithi. I think he learnt it from Brinda. S R Janakiranam in one Lec-Dem tells the audience, "All students of music must think about the great Semmangudi for a minute before starting this song, for he was the one who popularized it.")

Semmangudi belonged to the Tyagaraja school (having learnt under Umayalpuram Swaminatha Iyer and Maharajapuram Vishwanatha Iyer). He then went on to tune many Swathi Tirunal krithis. Still he managed to learn and render many Dikshitar krithis. All this is a reflection of the hard work put in by him. As with the masters, it is we who benefit from their hard work. So all that we can do is to salute them and think of their effort every time we hear these songs.

Here is a list of the Dikshitar krithis that I know Semmangudi rendered. (There may be others I don't know). I have also given an idea of which concerts / tapes you can look for to get these krithis. (You may get most of them from the audio section of www.guruguha.org. Also check out sangeethapriya.org) 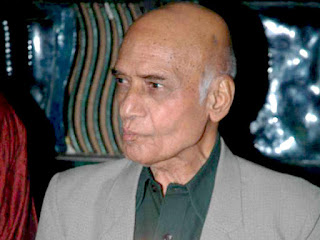